Tuesday we took our second trip to Six Flags St Louis of the year. Having a season pass this year has actually been pretty fantastic, and been a huge incentive to return to the park multiple times, after not going for years. Can’t beat free parking on top of that one time payment last year to go however much I want this year!

We started the day at my favorite ride – Justice League: Battle for Metropolis. 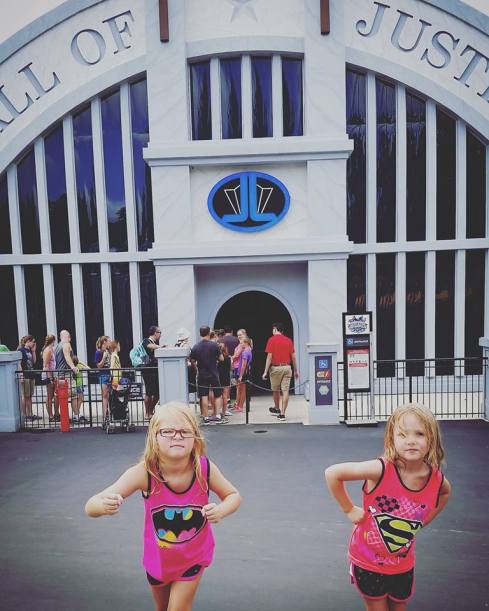 From there, we rode an ABUNDANCE of water rides. The Log Flume, which was a first for me, we rode three times – twice down one path, once down the other. There’s a right side and a left side, and the path for each is a little different, with the end result the same – up a big hill, to drop down for a big splash.

We also rode Tidal Wave A LOT. This wasn’t my first time, however. It’s a very quick, simple ride. Get in the boat, go up the hill, round the corner, and then HUGE DROP. We had 5 people, and each row can handle up to four. I was the only person that rode EVERY. SINGLE. TIME. We mixed up the party a bit each time, so someone was always waiting with the bags that would be unavoidably SOAKED. But never me. I probably rode seven times in a row, at least. I didn’t have a dry spot left on my body. And that wasn’t including the times the girls and I waited on the bridge to get splashed by the other riders on their way down. 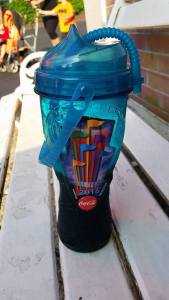 After Tidal Wave, we caved and bought refreshments. Those blue cups are around $22 and some change individually, slightly less if you buy more than one. We bought two at around $21 each. Which, I know, it sounds RIDICULOUS for a cup of soda. However, this particular cup includes free refills ALL SEASON LONG. And since most of their sodas were $4-$5 and non-refillable, I thought this was a pretty decent deal since I’m planning to return. And the first sip of nice, cold Coke on that insanely hot day COMPLETELY convinced me it was worth it. So, we filled our new cups and headed for the train ride. We looped back through the park to the same station we boarded at, then took the girls to ride some kiddie rides for a bit.

We hopped in line for one last ride on Battle for Metropolis, then headed into some shops, so my happy little collector heart could be satisfied. 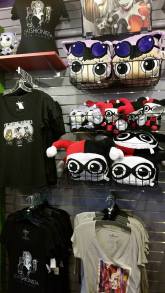 I honestly cannot express how much I adore the amount of cool stuff they have available. While I couldn’t spend the amount I typically do when I’m there, I did buy myself some things:

Such as this super cool Batman V Superman: Dawn of Justice shirt that I had my eye on the last time I was there. As well as… 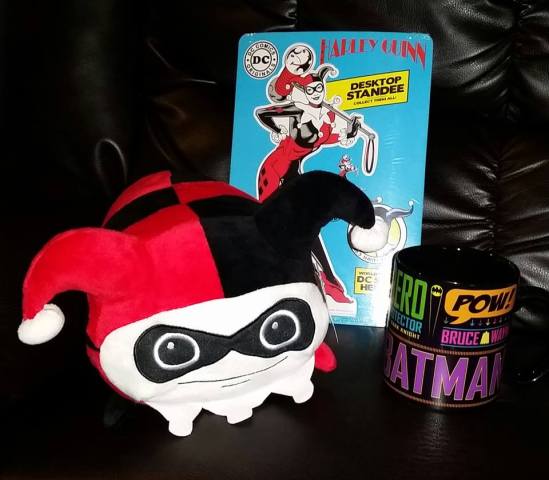 A Harley Quinn plushie I didn’t have yet, a cardboard desktop standee, and this badass Batman mug. My Batman collection, particularly the Harley Quinn section of it, was very pleased with the new additions.

All in all, it was a great day with my nieces, filled with fun and nifty Batman stuff. I can’t wait for my next trip back!