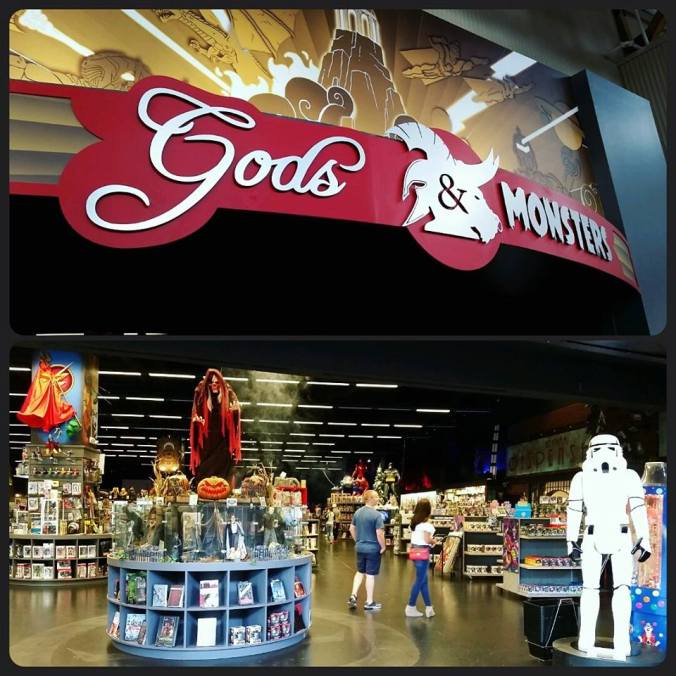 Last fall, during my most recent trip to Orlando, Florida, I had a brilliant idea. I decided that, on our last day in town, before we started our trip home, we’d locate this shop I’d heard about called Gods & Monsters.

Now, at the time we went, Gods & Monsters was located in the Artegon, which was one of the coolest mall type buildings I’ve ever been to. However, it unfortunately closed in January of 2017, which meant Gods & Monsters – among other stores and shops – had to relocate. Now, Gods & Monsters has a lease with Orlando Crossings Mall, and has since reopened, I believe.

I knew I’d heard glorious things about the size of this place and the HUGE amount of nerdy delight it contained. But I was still massively overwhelmed the moment I stepped inside.

There is such a HUGE spectrum of amazing things inside this shop. While they do have quite a few current books, they don’t really have much in terms of comic back issues. HOWEVER, that’s totally fine, given the massive amount of other things they did have.

There were older and newer collectibles and toys, ranging from sci fi to fantasy, comic related to horror, etc. Honestly, I wish I would have spent less at Universal and Disney, so I could have made a massive haul in Gods & Monsters – because there were some treasures I desperately wanted.

But aside from just having loads of cool things, they also had a gaming area set up in the back, if I remember correctly, as well as some insanely cool decor going on. My particular favorite? Anything and EVERYTHING Batman related. The Arkham games themed check out counter area was PHENOMENAL. 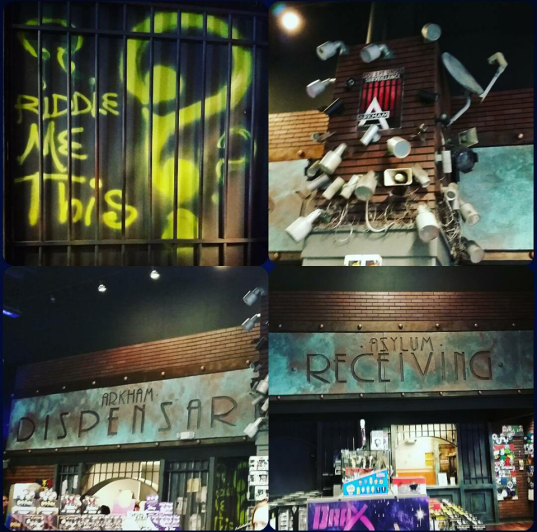 If you’re in the area, go check out Gods & Monsters at their new location. I’ll be heading back for sure the next time I make my way to Orlando!

Have you ever visited Gods & Monsters? Have you seen the new location yet? Comment below and let me know!

4 thoughts on “Gods and Monsters”