This is the year Wonder Woman gets the respect she’s deserved. A solo movie, and now her own DAY?! YES!

While I thought Wonder Woman day was cool all on it’s own, I was more excited for two little girls: 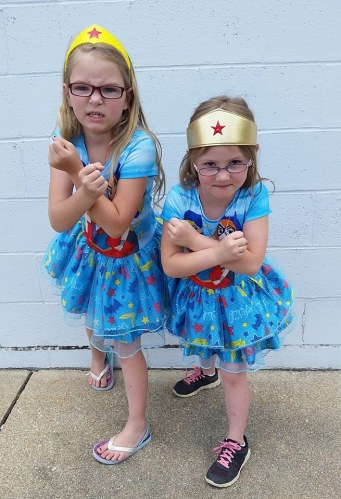 They’re out of school, and I took Friday off from work, so we caught an early showing of Wonder Woman on Friday (after I had my first, child-free viewing on Thursday haha) – and they LOVED it. Obviously, they come from a family of nerds, and their grandma is a HUGE Wonder Woman fan, so they were already familiar with Wondy. But they came out of that movie gushing about how amazing she was, and how they wanted to be just like her. So, it was well timed that the next day, they’d be heading to Wonder Woman Day events with their grandmother and I. 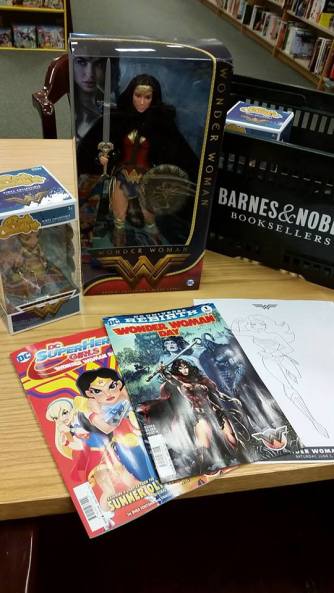 We picked Barnes and Noble over a shop because 1.) it was closer and 2.) we knew there were activities for the girls at Barnes and Noble, which we weren’t so sure about for shops. Either way, we grabbed our special Wonder Woman day freebies, did some coloring, and grabbed a few Wonder Woman things to bring home. My mom made a pretty decent haul:

I bought this pretty little lady for my desk at work: 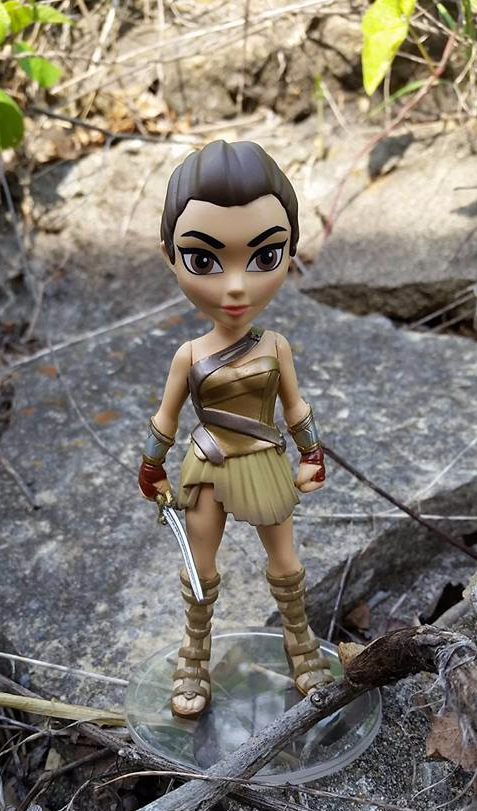 Now, some spoiler free chat about the movie:

Last week was an AWFUL week for me, personally. By Thursday, I was sort of dreading the movie, just because I anticipated it would be ruined for me by the unending bad things going on. But I was completely taken into the film and given the escape I desperately needed, and came out feeling somewhat better despite the fact that everything was still a mess in my real world.

The movie left me with a reminder of my own strength, and a feeling of empowerment despite how helpless I’d felt before. Maybe it was the escaping, itself. Or maybe it was watching Gal Gadot kick major ass, or knowing how significant all of this was.

There were several times I caught myself smiling. Not because of something funny or sweet specifically happening, necessarily. But just the general enjoyment of what I was watching. It wasn’t just me loving it, though – it’s my mom’s new favorite movie, and my 6 and 7 year old nieces couldn’t look away. The 6 year old sat perfectly still, the entire time, her eyes wide.

When we left the theater, she told me she hopes to be as brave and kind and strong as Wonder Woman, some day. I wanted to cry. This is the role model my nieces, as well as other girls like them, have needed. Someone that they look to their morals and strength before mentioning their beauty. Someone that even I can look up to, though I’m closing in on 27.

To put it simply: Wonder Woman was… wonderful.