DC has been getting a lot of attention for controversial things the last few months: the BatCat Wedding, the infamous Damned insanity – both things I was completely fine with. I loved both issues. And come on, people. Human anatomy isn’t a big deal in a mature title. No one cares about Dr. Manhattan’s penis being out in Watchmen.

That brings me to a new buzz topic: I feel like there is an Anti-Tom King Club, full of some fairly silly people that either don’t understand what they’re reading, don’t get fed their fan fiction they want, or they’re insanely jealous. At the end of the day, everyone is entitled to their own opinion, of course. But I would like my energy to be devoted to doing the opposite of most people – when I love something, I want to talk about it and praise the creators. 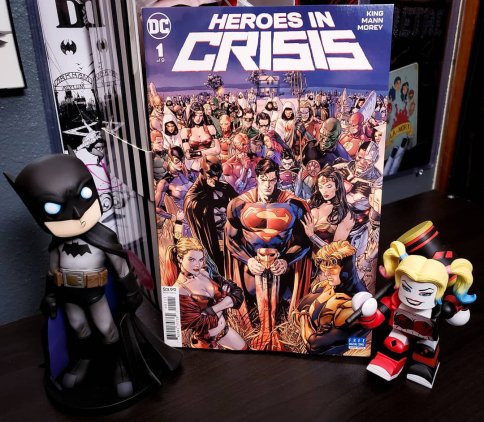 Heroes in Crisis issue one is beautiful – the story, the art – and definitely an emotional rollercoaster. The way everything is revealed and unfolded really adds impact to the horrible tragedy that happened. And as much as I loved this issue, issue two… oh, man. 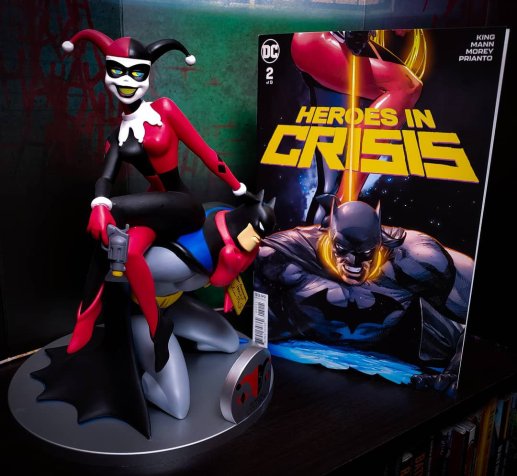 Heroes in Crisis #2 is INCREDIBLE. This is a seriously stunning issue. The art by Clay Mann is absolutely perfect. The writing is SO GOOD. And Tom King let’s me have what I wanted from DC with Harley – what I’d started getting with White Knight – a badass and capable Harley, that is beautifully drawn in her classic suit by Mann. 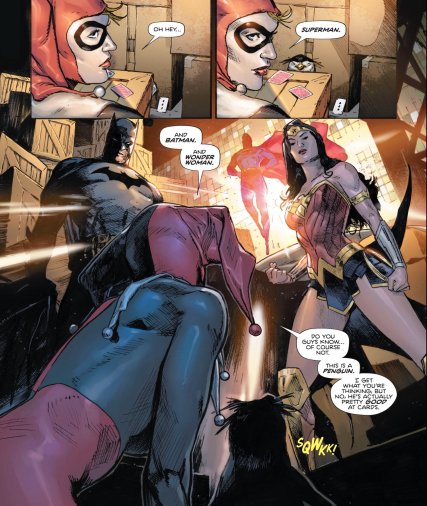 Now, these positive things aren’t what people are whining about.

Second: In no way, shape, or form does a creator killing off your favorite character (or not having your characters marry each other, while we’re on the subject), make it okay for you to threaten, attack, shit-talk, harass, etc someone. Twitter especially has become this disgusting place for people to attack someone when they’re unhappy about the most insignificant little things.

People are ignoring the talents of very, very kind guys for trivial nonsense. How can you hate something so well illustrated and so well written?

This isn’t my first time stepping up to defend Tom King. And if people continue to knock him, it will not be my last time. For every negative voice out there, I will seek to counter it. Writers do not deserve harassment when they’ve done nothing wrong. And if you’ve ever met Tom, you’d know he’s one of the most kind guys you could ever meet.

If you haven’t read Heroes in Crisis #1 and #2, go pick them up today. Read them. Enjoy them. Try not to publicly weep into your comic. And then send some kind words to Tom ( @tomkingTK ) and Clay (@Clay_Mann_ } on Twitter. Or go meet them and give them the praise they deserve. Help me battle the negative people in our comic community with a bit of positivity and well deserved praise.

You can listen to interviews with Tom King on Bat Force Radio:

First Interview (an episode I frequently listen to over and over)

Their interview with Clay Mann.

Plus they have loads of other great interviews and reviews, con coverage, etc. And if you use iTunes instead of SoundCloud, you can find them there, as well.

Have you read Heroes in Crisis? What do you think so far?

7 thoughts on “Heroes in Crisis: Tom is Still the King”