We have encountered a major problem within the community of geekery. My fellow nerds and my fandoms were once a safe escape from the rest of the world. When the jerks of the world were making it hard to get through the day, I could turn to my fictional escapes, and to my friends – online and in real life – that shared the same passions. I could turn to Instagram or Twitter or wherever. I remember being excited for new adaptations of comics or books or games, whatever, just because I had a new version of something I cared about to enjoy.
But things have been going downhill for a while now, and not just for me.

While the internet is a wonderful way to connect with new people and share your ideas and help raise each other up, it’s also becoming an outlet for people to let out their worst selves. People attack each other verbally, just for one fan having an opinion different than theirs. Twitter is becoming well known for viscious fans going after creators, like comic writers and artists (I had a Tom King Appreciation Day a few months back to counter some girl attempting to rally up others to harass him that day.) Never forget the countless cyberbullies that decide to attack actors/actresses, directors, etc over movie and show adaptations just because they don’t like the direction they took, or casting/costume choices, or how a character is written. You can’t even enjoy a trailer without being made uncomfortable, because so many people are trying to aggressively convince everyone their opinion is the correct opinion.
We are demolishing our progress and taking ourselves backwards. 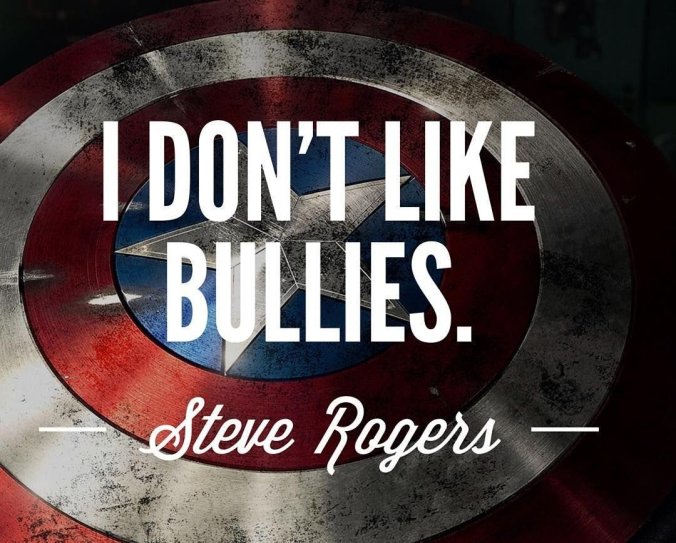 We can chalk a lot of this up to internet anonymity combined with human nature. It isn’t in human nature to be altruistic or good all the time. We could dive into psychological reasoning and theories, and ponder the philosophical principles in things like Plato’s Republic, and the story of the ring of Gyges. But I don’t want to get too lost on another subject.
Basically, what would we do morally without accountability? Morality isn’t a natural part of social construct, and without fear of losing social standing, you could argue morality is lost. That’s why people are more prone to do bad things when they don’t think they’ll be caught. Consider these jerks online hiding behind keyboards – think most of them would still say some of the hateful things they do if they were forced to do it in public, surrounded by people? No. Because society generally frowns on this action, and it takes away from their reputation. But give them the power of anonymity on the internet and BOOM – a problem breeds.
A lot of people are, unfortunately, guilty of going on rants online. And, to an extent, I understand. Sometimes you need to vent because whatever version of your favorite thing messed up BIG TIME. The writing was off. Casting was less than desirable. Art didn’t meet what you personally wanted.
But here’s the thing we all forget: our opinion, in the end, doesn’t really matter when it comes to someone else’s vision. We have the right to have our opinion, which isn’t my problem. But, a line must be drawn. At what point to you cross into being toxic, or even harassment?
I have my comics, versions of characters, movies, actors, etc that I don’t particularly care for. However, I understand that on the other end of whatever negative I put out in the world, is another human being. Someone that wanted to complete their vision. Someone that earned a role and has little to no direction on their costume or the plot to a show/film. Someone with gobs of talent that deserve their chance to shine. Attacking directors like Zack Snyder, or actresses like Kelly Marie Tran (Rose Tico, Star Wars), for example, because you didn’t like a movie? Personal, hateful harassment OVER A FILM. These are forms of entertainment, people. Harassing a poor girl that got a dream role to a point she left social media is unacceptable. Or in the case of Zack Snyder, I have seen some people get so disgusting and low to make horrible comments regarding his daughter’s suicide. 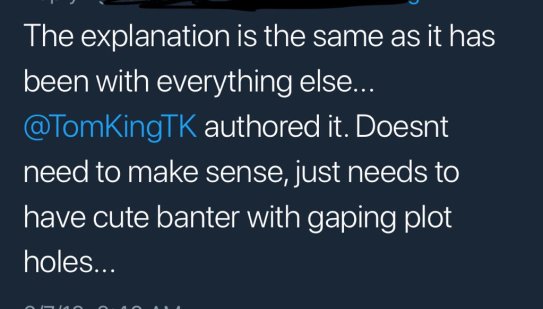 As previously stated, Tom King seems to get a lot of negative comments from people with nothing better to do than complain about his work on Batman or Heroes in Crisis – both of which are, in fact, brilliant and incredibly well written. When the infamous BatCat Wedding issue came, they had to have extra security for King at signings because people were sending death threats. Yes. You read that correctly: Death threats. Over a fictional wedding. Yeah. And don’t get me started on how ignorant people are being over the phenomenal Heroes in Crisis, toward Tom and even toward Clay Mann over some of his art.
So much energy is spent tearing down others. But what if we could use our collective energy to raise each other up, and support the creators we love? We just had the awful Twitter incident with Ashley St Clair over the Star Wars trailer reaction a passionate fan, Eric Butts, posted. Someone outside of the community of fans, mocking one of us. And SO many people came together to show him support. THAT is the community I love. That’s the community we need. And in the end, good came from it – not only did celebrities, like even Luke Skywalker himself, reach out to Eric to show support, but Ashley and Eric, from my understanding, set aside their differences to talk and record something together. That is progress, my friends. Communication, and a willingness to learn from and accept others with opinions different from your own.

Basically, what I’m getting at, is that we need to all take a moment to consider the damage we’re inflicting to people that are supposed to be our nerdy brothers and sisters. Before you send a Tweet belittling a creator, an actor, or even another fan – consider how much that would hurt you, or someone you love, if either of you received it. Then imagine it from multiple people, and even people hellbent on making you suffer to a point they rally others against you, or even threaten your life. Is it worth it to write a lengthy post about how you didn’t get something you wanted, and tag people involved, and proceed to degrade them, threaten them, demand their job be taken from them – all because it didn’t suit your taste? I can assure you, there are plenty of things I hold opposite opinions on than other people, and I don’t feel the need to hurt anyone over my opinion being different.

Didn’t dig the most recent arc on a series? Don’t buy it, or take a break, and instead, tell one of your favorite writers online that you love their work. Don’t like the looks of a movie from the trailer? Don’t see it, or if you do, don’t be a jerk to people that see it and enjoy it. There is absolutely no reason to try to make someone feel bad for liking something you do not.

You’d be surprised how much better things can be when you allow yourself to let go of some of this negativity and toxic behavior. There won’t be a need for you to go on a crusade alongside Rotten Tomatoes if they give a bad rating to a movie you hate. Because I can assure you, people like myself do not care about your opinion or theirs.

So, the next time you feel a burning urge to be a coward behind a keyboard, reuse that energy to send a positive message to someone that you appreciate what they do. Quit ruining this community.

7 thoughts on “Toxicity in Fandom”