Kimmswick, MO holds an event every year called Witches Night Out- a giant 21+ girls night out that shuts down the city of Kimmswick, bussing in the guests from a neighboring school, where they park and check in to get goodie bags. 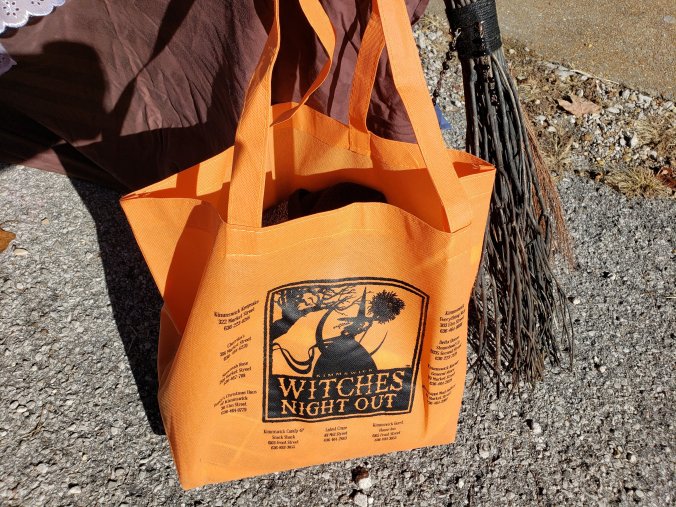 To see more of this event, watch my video here.

I’ve wanted to go for a few years now, but this year was the first I snagged tickets before they sold out.

Unfortunately for me, my plans for a full blown costume were sort of shot down thanks to my chronic illness being particularly sassy with me the days leading up to Witches Night Out, so I settled for witchy attire and quite possibly the most comfy witches hat in history. 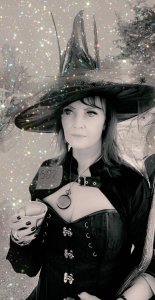 My mom, however, went much more magical. 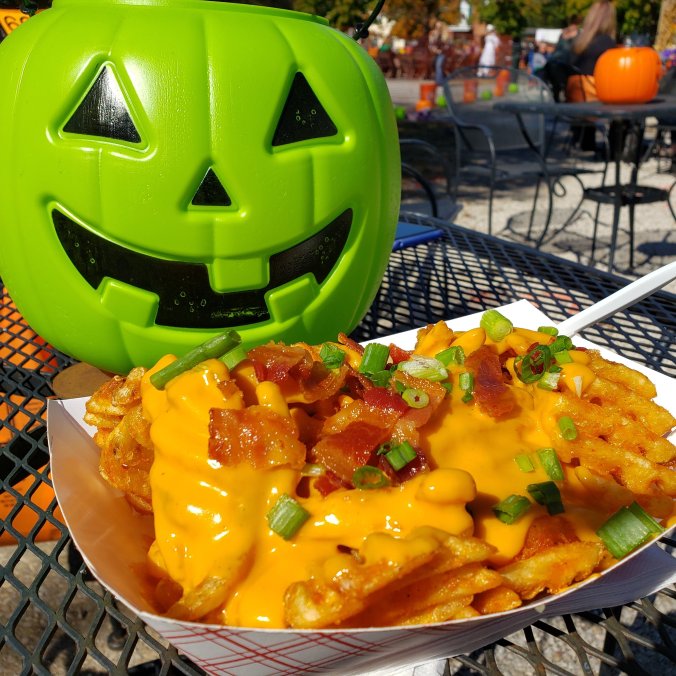 I abandoned my healthy eating for what became the cheat day of all cheat days. Starting with potato nachos from The Blue Owl: waffle fries, nacho cheese, bacon, and green onion.

But that’s not all! A bit later in the day, I couldn’t resist the allure of funnel cake, so my mom and I split one. FYI – it was delicious.

There was also a much later in the night burger, which I ate quickly and didn’t take a picture of. Plus sodas and water randomly throughout the day, because I don’t drink alcohol.

Which brings me to the only real downside to this event for me, personally – I sometimes get pretty miserable at big drinking events. There isn’t much fun to be had when everyone else has lost their inhibitions and enjoying themselves with partying while you’re just tired and standing around sipping a Pepsi. But, I knew going in that it was a big party, so it isn’t like I’m complaining that I didn’t know what was coming, and honestly I’m only mentioning it for other gals like myself as just a note if you go – prepare for lots of drunk witches. 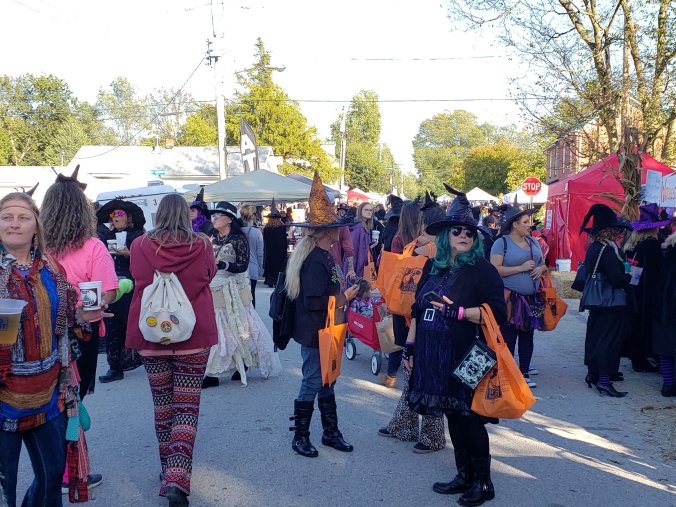 This is a MASSIVE event, and as the day draws closer to night, suddenly it becomes a sea of pointy hats and fabulous ghouls. 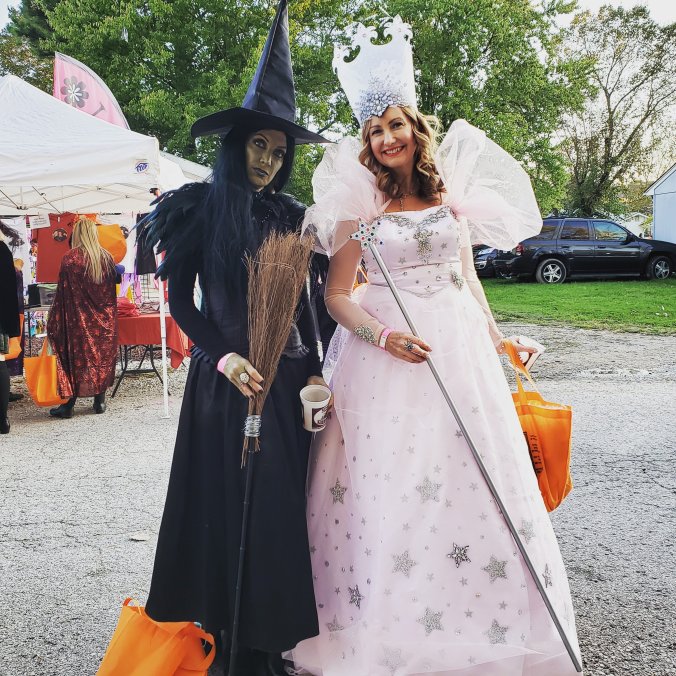 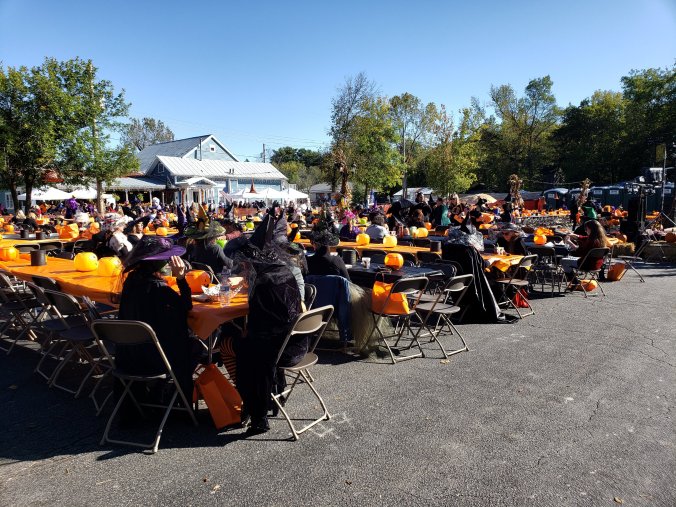 We plan to come back, next year, and hopefully with me in a proper costume- I am the Spooky Queen, after all.