Last year, we took my nieces to Disney World for their first trip, and specifically planned it to be during Star Wars Weekends in May. This is a family of Star Wars nerds, so this was a must-do for the kiddos first time there.

Legends of the Force Motorcade 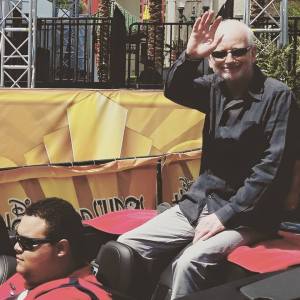 The Legends of the Force Motorcade, or as we called it, the Star Wars Parade, was probably the highlight for our family. But for more reasons than just enjoying a motorcade of people in costumes and celebrities from various different Star Wars movies and shows. When we came into the park that day, slightly later than we intended because we were trying to run to get the girls signed up for Jedi Training, an employee stopped us. She noticed that we were all decked out in Star Wars, including the adorable two little girls, and asked if the girls would want to be in the parade as little padawan representatives of the Jedi Training Academy. Of course, we said yes. And they needed one adult per child to go with them behind the scenes at Disney before the parade and walk behind them during the parade and wave to the people. Uh. Yeah. I definitely volunteered to go with my brother.

END_OF_DOCUMENT_TOKEN_TO_BE_REPLACED

There was an error retrieving images from Instagram. An attempt will be remade in a few minutes.